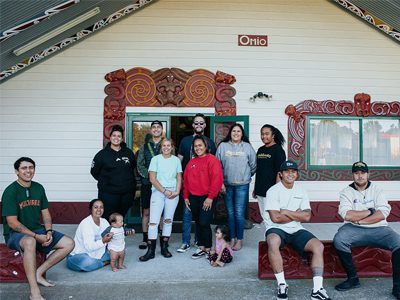 Fifteen organisations will receive grants totalling $600K under Eastern & Central Community Trust’s (ECCT) new Champion Rangatahi Development Fund, with the main aim of strengthening initiatives, projects, programmes and championing organisations serving youth. This is the second of four funds launched by ECCT as part of its commitment in 2021 to allocate $4M over four years to fund youth (rangatahi) development activities.

The funding initiatives under the Rangatahi Action Plan were developed by ECCT’s Rōpū Taiohi, a group of young people from across the ECCT regions of Gisborne/Te Tairāwhiti, Hawke’s Bay, Tararua, Manawatū, Wairarapa and Horowhenua. ECCT aimed to empower the Rōpū to authentically shape, lead and deliver its youth strategy. Georgina Morrison ECCT Chair stated, “This funding highlights a real change in direction for ECCT, with a focus on empowering rangatahi to make their own decisions with regards to funding, to be part of the process, and to guide our strategies to enable the best impact for young people.”

It is anticipated that the Champions funding will support over 200 rangatahi in leadership positions that are currently leading programme design and decision making. In turn, this will positively impact over 2500 rangatahi engaging in the various programmes and activities run by the 15 organisations.

The Champion Rangatahi Development fund was formally launched in November 2021 with requests for expressions of interest from organisations that target at least one of the communities of focus; rangatahi Māori, Pasifika youth, young people with disabilities, rainbow youth and rangatahi in communities experiencing hardship/disadvantage.

Piripi Ropitini, a Rōpū member added that “Champion organisations are defined as those that create spaces that reflect cultural diversity and exercise Tino Rangatiratanga, utilise Mātauranga Māori and take that extra step for young people within their rohe whilst supporting the professional and personal development of the kaimahi working with Rangatahi”.

In total, 38 applications were received and a shortlist of 15 organisations were invited to meet online with members of the Rōpū, with final funding decisions made at a wānanga in February 2022. ECCT’s Board of Trustees ratified the Rōpū’s funding decisions at the March 2022 Board meeting.