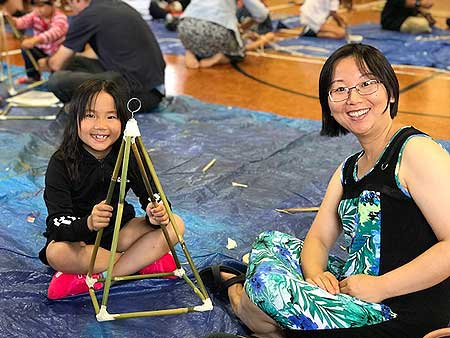 With aging facilities and an increasingly diverse population in its region, the Manawatu Chinese Association devised a plan to create a more effective space to foster intercultural understanding.

Food plays an essential role in Chinese culture, and the Manawatu Chinese Association knew the kitchen in their building on Napier Road needed an upgrade. They also saw the need for a community facility that would open the door to wider engagement with other cultures in Palmerston North, and applied to Eastern & Central Community Trust for funds to help make that happen.

The Association knew this was not going to be a small job. The existing kitchen was outdated, and they wanted to make better use of the space available and add in classrooms, a meeting room, a mah-jong room and the Dao Ming Reading Lounge. The roof was also leaking, and needed to be replaced.

The original hall was purchased and opened in 1963 by the Ambassador of the Republic of China, and originally cost the Association about £4,000. Money was raised for the purchase of the land and construction of the current hall by the members holding monthly dinners for some years. Donations were given by members, as well as free labour, and the current hall was opened in 1988 by Mayor Paul Rieger.

Since then, it’s been very popular with the Manawatu community. The Association holds regular sessions for the elderly Chinese community from the hall. They wanted to be able to rent the hall out to more community groups, but it was difficult in its current state.

At the moment, the building is already used by the community for badminton and table tennis evenings, dance classes, Tai Chi, karate lessons and the weekend Chinese language school.

In order to raise funds, the Association approached a number of other funders to help with the project.

“We would like to thank the Eastern & Central Community Trust, Central Energy Trust and the Chinese Poll Tax Heritage Trust for their contributions,” says President Allan Young. The Association’s members also rolled up their sleeves to fundraise themselves by holding banquet dinners and auctions of donated goods and prizes, and donated generously to help with the project.

Allan says the work on the kitchen upgrade has already started, with the aim of completing the project by December this year.

At the end of the project, the hall upgrade and enhancements will not only benefit Manawatu Chinese Association members but will be available for the benefit of the wider and increasingly diverse Manawatu Community for many years to come.

To see more about the Manawatu Chinese Association, visit their website.